On Art and Humor What do military generals and stand-up comedians have in common?

Both know the key element of their success is surprise. (Well, that and the propensity to get booed right out of the theater if their timing stinks, except the general isn’t likely to mutter, “Just shoot me now!” on the way out.)

Humor and war both depend on successfully smacking the other guy upside the head with the unexpected. 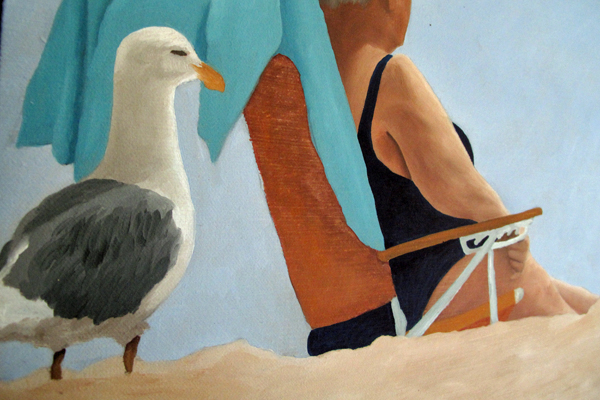 I’ve only seen two paintings that have made me laugh out loud. One was in a chi-chi gallery in San Francisco. It was of the dumbest-looking abstract sheep in a huge field of flat green. The sheep made me smile, but what made me laugh was the price tag. How could they ask the equivalent of a timeshare in Maui for a dumb sheep painting? Some things are hard to understand, like war and humor and the pricing of art.

The other painting that made me laugh out loud was this one, and I saw it for the first time this week. 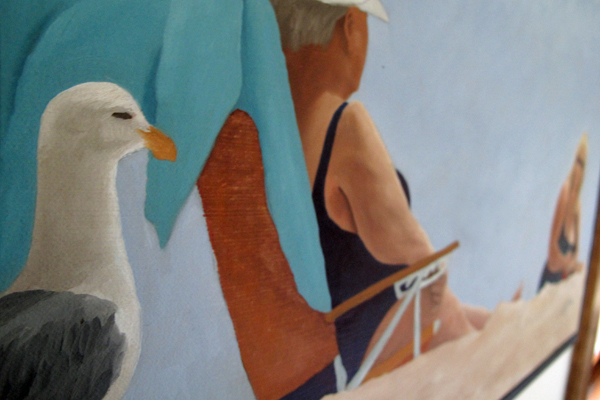 The reason why it made me howl when Rick took it out of the box in the garage isn’t because it’s got a surprise twist or an unexpected punchline. It’s because it’s so ordinary. Nobody paints ordinary people. Okay, so maybe it is a little unexpected.

Been to a beach lately? 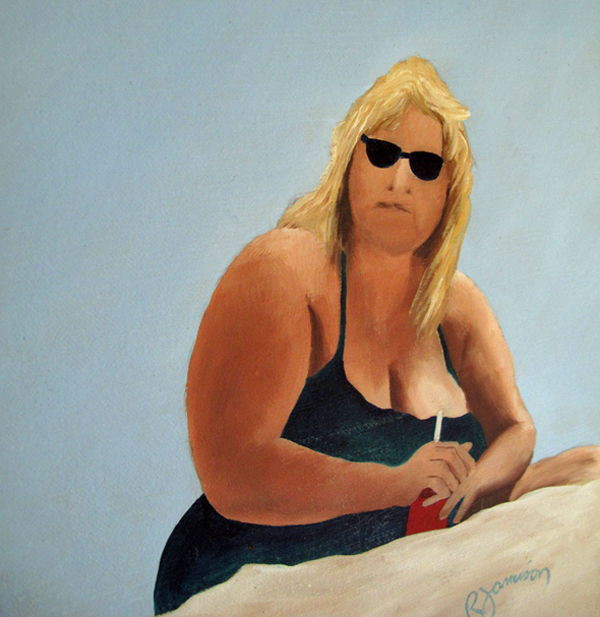 They really aren’t heavily populated with the gorgeous air-brushed young bodies of the timeshare brochures, tanned and toned and disdainful of shapewear.

They are generally populated with persons of an average weight, attractiveness, age, and a desperate need for shapewear. 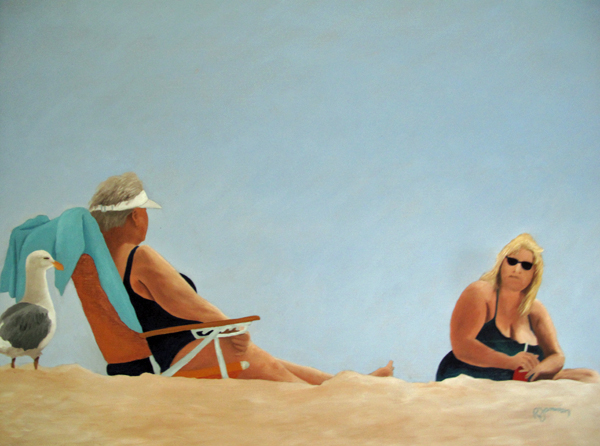 There are curious seagulls, sand that sneaks into places that will shock you in the tub that night, and relentless blue skies.

There are beach towels, and butts that retain the webbing indentations of lawn chairs when they stand up and waddle over to the snack shack for another soda. And there are sagging lily-white boobs just begging for a third-degree sunburn.

And for some reason, when an artist has the courage to paint ’em the way he sees ’em, it makes me laugh. 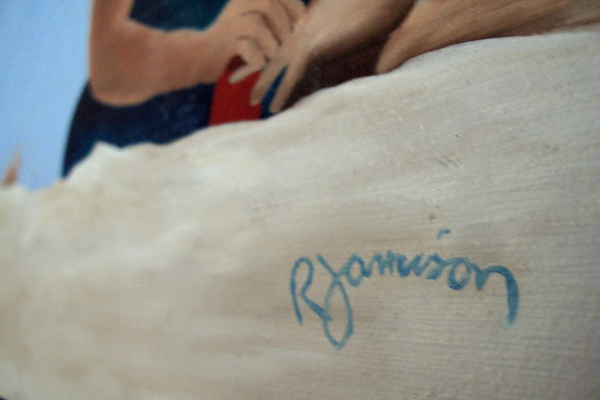